The Women of Brotherhood in Printers Row Journal 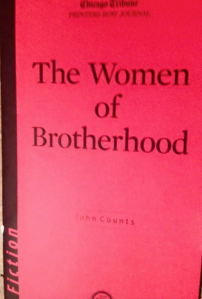 “The Women of Brotherhood” keep flinging themselves from an old train bridge over the Bear River valley. The story appeared in the Sunday, Dec. 13 edition of the Chicago Tribune’s Printers Row Journal.

Debbie Somsel stood behind the counter at the Brotherhood EZ Mart flipping through a celebrity magazine. The pages fluttered from the whirring of a small fan clipped to the lotto display behind her set to high. It was 92 degrees out, which was about as tropical as it could get this far north in Michigan. It was almost noon and there had only been two customers all day, fishermen hauling boats who pulled up to the pumps where they paid with credit cards and left without stopping inside to peruse the mart’s wares of pop, beer, chips and locally made venison jerky.