The Women of Brotherhood in Printers Row Journal

“The Women of Brotherhood” keep flinging themselves from an old train bridge over the Bear River valley. The story appeared in the Sunday, Dec. 13 edition of the Chicago Tribune’s Printers Row Journal.

Debbie Somsel stood behind the counter at the Brotherhood EZ Mart flipping through a celebrity magazine. The pages fluttered from the whirring of a small fan clipped to the lotto display behind her set to high. It was 92 degrees out, which was about as tropical as it could get this far north in Michigan. It was almost noon and there had only been two customers all day, fishermen hauling boats who pulled up to the pumps where they paid with credit cards and left without stopping inside to peruse the mart’s wares of pop, beer, chips and locally made venison jerky. 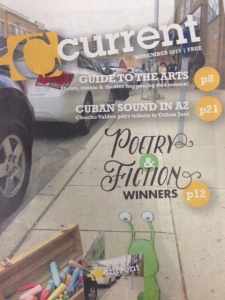 They left the windows unlocked in his wing of the Bear County Rehabilitation Facility. The authorities figured that if you ended up there, you had followed all the other court-ordered mandates and sobering up was a personal choice, not just a condition of probation.

It made it easy for Big Frank Dombreau to escape.

The Nudists in Joyland

The Nudists in Joyland.

Shelly Bowman had to save her mother from the nudists. One summer day Shelly’s father informed her that Margery Bowman, who previously had been best known for her rock collection and pot roasts, had run off to “some sex camp” on the shores of Lake Michigan in Bear County, near the town of Bear River.

The results of the aforementioned Associated Press journalism awards:

These nominations are based on several stories I wrote for The Ann Arbor News in 2014, including a day spent out in Howell, Michigan after some high school students sent some racist tweets and an investigative look into drug thefts at the University of Michigan Hospital system.

A Collision on Western Avenue in Anthology of Chicago

Here’s a short story from Anthology of Chicago, which features fiction and poetry set in various Chicago neighborhoods. 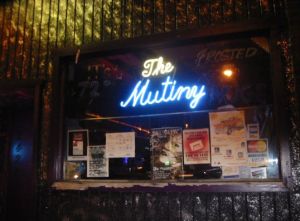 I met this girl at The Mutiny and we got shitfaced. I mean beyond balls-out fucking blitzed, downing shots of Jameson and sucking down those big-ass mugs of Old Style as tall as your face from chin to forehead. My ride took off. I’m not even sure how she got there. She said her name was Garbo and she was an actress. I told her I was a musician. But I was also just saying. Me and the guys had yet to play a show or really even practice much. The Routines, we called ourselves.

The good folks over at MG recently posted a contributor’s spotlight interview I did with them. Here’s the first question:

How long have you been writing?

Lucy and the Bear in HYPERtext 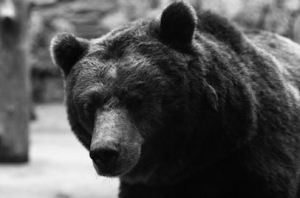 Another installment of life in Bear County, Michigan —  “Lucy and the Bear” in Chicago’s super-hype HYPERtext mag:

The little girl wanted to be a bear. Whenever she walked, she imagined the muscles in her arms and legs expanding, ripping off her shirt and pants and sprouting coarse, black hair. The little girl learned to growl like a bear. At night, she pressed her face into the pillow and roared so loud that the back of her throat hurt. Feeling totally free of all worry and energy, she would fall asleep instantly. 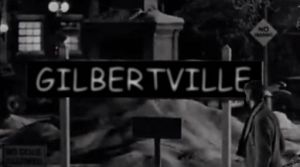 Some thoughts on Dan Gilbert’s berserk real estate binge in downtown Detroit for Belt magazine out of Cleveland.

To average people with average amounts of money, the very wealthy can come off like the hereditary elite did to struggling and hungry pre-democracy populations. The super-rich are the object of both envy and derision. They control our economic fates to a certain degree, and the relationship takes on a paternalistic color. We smile when they coddle us and give us treats and howl with rebellion when they taketh away. What drives our fascinating is that unlike those of us limited by our incomes and access to power, the super-rich can buy whatever they want.

John Counts On The Internet
Blog at WordPress.com.
Loading Comments...